Circuit Card I made

Notes on this circuit card I made with Yaw shing Tang, Donald McCown and myself at IBM Research 650 Harry Road
I used a program to lay out the board called PCAD which was later called Altium Designer.
There are many components involved in the making of this circuit card:
Both 50 ohm and 75 ohm controlled Impedances
Single ended input to differential output on the left side
Those large BROWN connectors are differential inputs.
There are pluggable filters which you can remove and replace with alternate filters
There are no yellow wires (in other words no mistakes!)
FET probe connectors on the card to avoid ground loops (Tektronix makes probes that plug into these connectors)
There are also pluggable larger components that are pluggable
The board is 5 layers 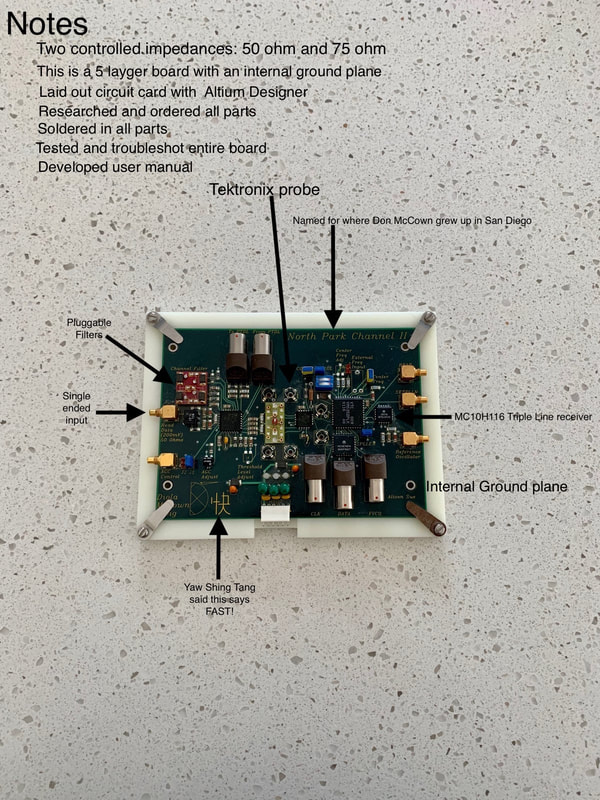